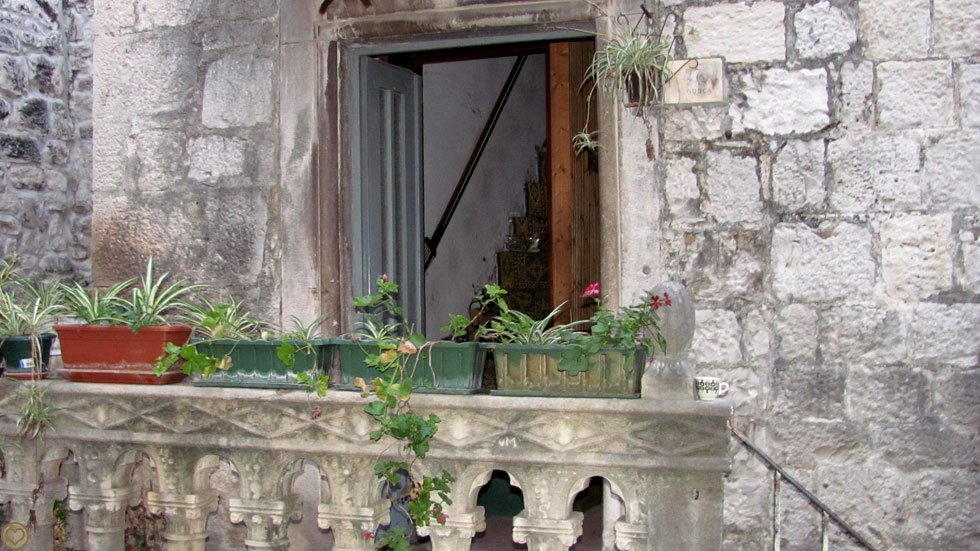 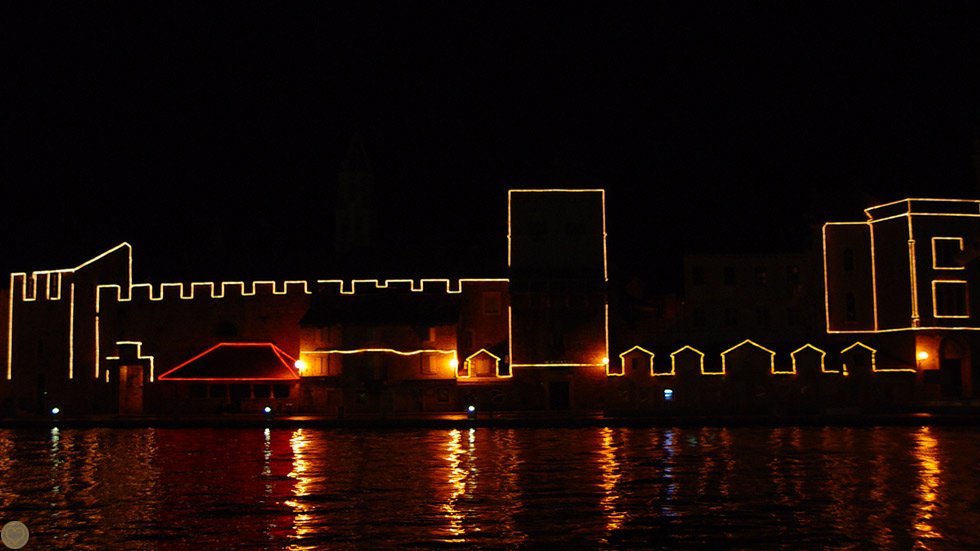 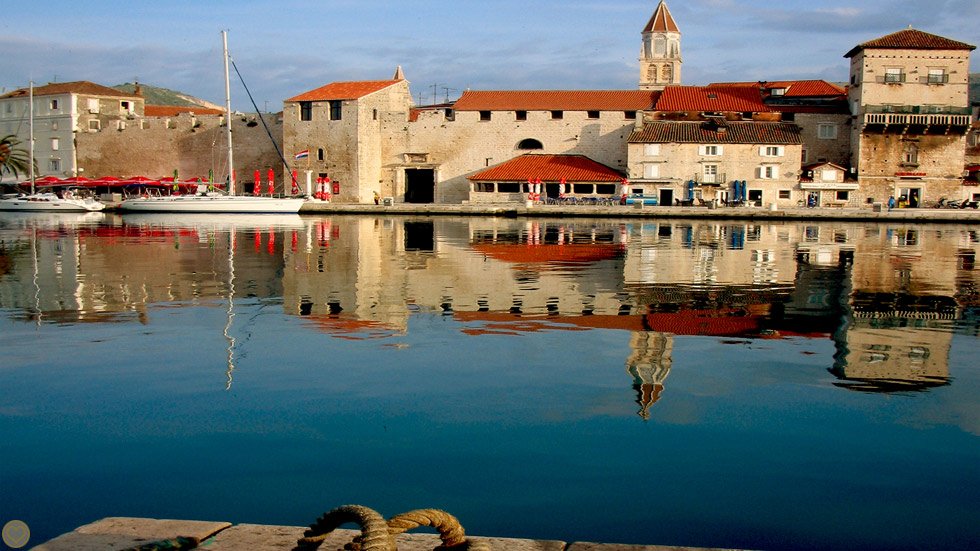 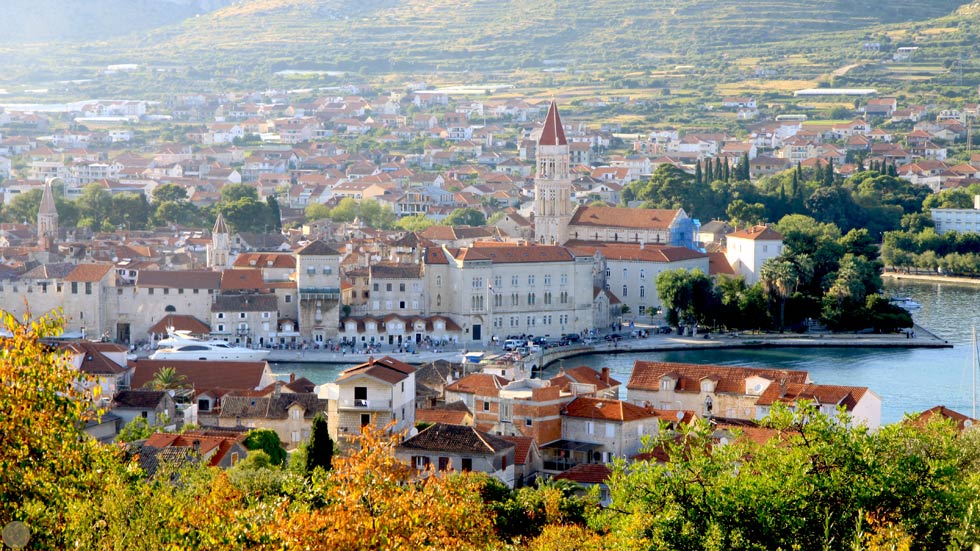 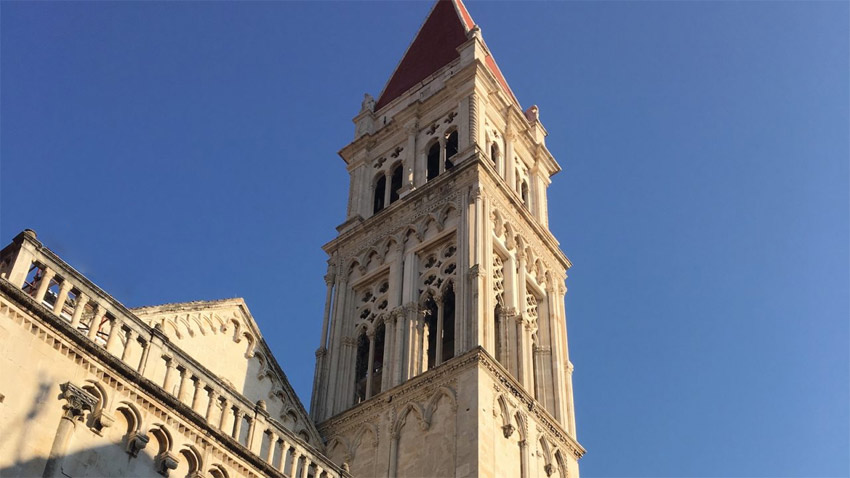 Trogir town of a happy moment

A town of a happy moment 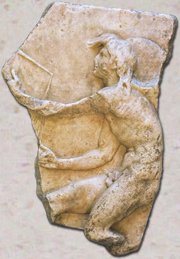 If you are searching for happiness you must certainly visit Trogir, a town of the “happy moment.” The story is about a boy, who can only be seized by his hair. If you cannot seize him in the moment.. he is gone.
The boy is Kairos, a relief of a Greek god of a happy, becoming moment, opportunity, luck, and “seizing the day,” who was found in the 20th century in the attic of a private house.
The relief shows a vivacious boy with a tuft of his hair flying around; which is hard to seize, as well as the happy occasion.
Or not?!
The answer might be found in the Benedictine convent of St Nicholas where Kairos has, been kept for years.

Trogir as a destination

Trogir is situated in Central Dalmatia, along the Adriatic coast.
Its naturally protected harbour has become very popular among the yachtsmen from all over the world.
There are numerous sights which can be visited within the distance of only hundred kilometres from Trogir, e.g. the
towns of Split, Dubrovnik, Šibenik and Zadar, as well as some of the Croatia’s most beautiful national parks.
The nearness to the Split Airport (5 kilometres) and a fast connection to the motorway (only 15 kilometres) make Trogir with its surrounding ports and islands an inevitable stop during your visit to Dalmatia.
It is all those sunny days, too, what makes Trogir an ideal destination for adventurous experience of Dalmatia, holiday idleness and a runaway from the mainland.

A town of history

Trogir was founded by the Greek colonists in the 3rd century BC.
Throughout the history it was occupied by the Romans, the Byzantines, the Hungarians, the Venetians and Napoleon.
Culture, humanism and architecture flourished here in the Middle Ages; bulwarks and a tower which were built at that time within the ancient town nucleus defined its outlines.
Trogir is today on the UNESCO list of World Cultural Heritage as the best preserved Romanesque-Gothic town in Central Europe.

A town of culture

Trogir has been known as a ‘monument town’. Some of the most famous sights in the town are the Cathedral of St Lawrence with its remarkable portal by Master Radovan, the Kamerlengo Fortress, the Town Gate, the Čipiko Palace, the Town Hall, the Church of St Nicholas, a museum, a picture gallery and the ‘Kairos’ art collection.
According to the UNESCO:
Trogir is a precious, a consistent part of world heritage. But don’t look just for stone.
Look for the mysterious spirit in stone.
Look for all those architects, builders, artists, patrons, for all those stories hidden in the history of stone.

A town of entertainment

A town of gastronomy

It’s not only buildings and history that makes this town come alive through its scents and colours, flavours and sounds, through all those perfect dishes created in its long and rich history.
The gastronomy of Trogir is a typical Mediterranean one, with lots of fish and other seafood, olive oil, cheese, pršut (ham), and various meat dishes.
But the local identity of Trogir is accomplished through two typical dishes, ‘pašticada’ and ‘rafijol’.
They taste best if you have them in ‘konoba’ (a Dalmatian tavern).
Don’t forget to try some of the autochthon Dalmatian wines, like Posip, Babic, Postup, Faros and many others.

Go to Croatia Is Croatia…