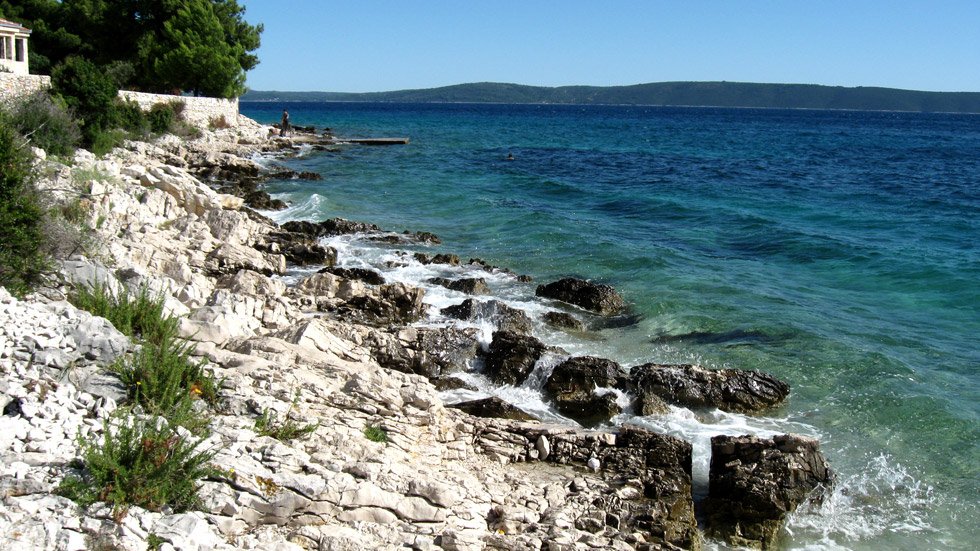 The Beauty and Magic of Croatian Beaches

I first became acquainted with the beaches here in Dalmatia last year. When I landed in Split last August of 2017, I immediately had to take a bus to Rijeka, then on to Istria. Catching glimpses of the sea along the coastline was almost torture, knowing that I had to be on a hot bus for the next 6 hours or so, heading inland.

I wanted so badly to swim in that sea. It looked like heaven. 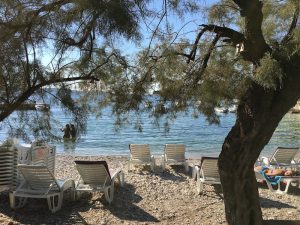 As I was soon to find out, it was.

A few months later, I had my first swim in Hvar. Oh, my. I’m not sure how to describe this experience. The water was clear and warm. The first beach was pebbly and I had to wear shoes, because apparently, I don’t have the “tough feet” of natives from this area who can walk on small stones without pain. But it hardly mattered.

I was swimming in the Adriatic. And it’s NOT an overrated experience by a long shot. Words cannot describe it.

I floated, dove, swam, and paused to look at the fish near my feet, allowing the water to work its magic on me. I made my way back to the shore (and my flip flops waiting for me) to laze in the sun once again. I repeated this a few times until my body felt relaxed and my mind deliciously empty. (Well, to be honest, I did study a few Croatian verbs and I did evesdrop on a conversation of a group of young Croatian men, which kept my mind engaged in a pleasant way.)

The next day, I found a slab of rock a few meters further down which was unoccupied. I set up my towel and found another exquisite place to swim. Back on “my rock,” I absorbed more of the late summer sun as I watched boats glide past the Pakleni islands for entertainment, while pretending to read a Harry Potter novel in Croatian. Afterwards, I felt fantastic. An afternoon well-spent.

Fast forward to Čiovo in January. Yes, January! What is amazing to me is that the shore on this island isn’t about a sandy resort beach that (necessarily) requires parking, entry fees, and segregated swimming areas. Just a stretch of beach that was a normal part of my almost daily walk to Tommy, the local grocery chain. There were times when I was the only one on the beach.

On these walks I’ve witnessed gorgeous sunny days with calm, clear waters, rainbows and magical lighting which can accurately be described as a photographers dream, and cold, “bura” days in which I was sure I was the only one outside.. let alone walking along the shore, standing on a dock, mesmerized by the incoming waves crashing against the shore. 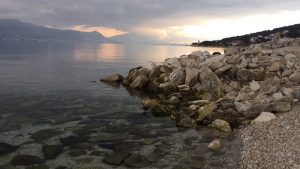 What makes Croatia’s beaches (and sea) so unique?

First of all, its location. Croatia’s coast is rich with protected inlets and 1246 islands. That’s a lot of shoreline. Over 4,000 km total!

Croatia has long stretches of un-interrupted coast. This doesn’t mean it’s all uninhabited, but large sections are accessible for daily walks. These are not big, epic beaches like I remember on the Florida coastline, lined with big hotels and parking lots.. superhighways of a beaches cluttered with too many tourists and party-goers.

Just like the streets in most parts of Europe, the beaches here exist on a smaller, more natural, more human, more intimate scale. And there’s a LOT of it to go around, if you know where to go and when to visit.

The beaches are generally accessible, which means that you can go for an evening walk from point A to point B, even from your apartment to the grocery store, and be “on the beach” almost the entire time. (This was the case in Trogir, with the exception of the Marina in the Old City) Here you can pause and do a yoga pose, a few pushups on a brightly colored bench, reflect on a pier, gather seashells after a storm, or chat with a neighbor walking his dog. 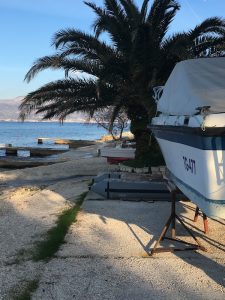 Could this be why Dalmatians don’t seem to be in a hurry? Try to find this in the U.S., where so much beach/shoreline has become the “property” of individual homeowners, condo developers, resorts, and hotels. Good luck.

Secondly, these areas are not exposed to the same level of crashing waves and winds, which are a requisite for a classic sandy beach. Is this a good thing or a bad thing? Who knows.

Most of Croatia’s beaches are “NON-resort-y, and that’s precisely what I like about them.

They remind me of a combination of the creeks and rivers I explored on hikes in the mountains of Colorado and classic, sandy beaches that Americans think of when they think of the beach. This is a perfect combination for quiet, meditative moments.

Oh, and the water is MUCH warmer.

And that scent.. which I would love to bottle.. of lavender, pine, slight woodsmoke, fish, (maybe a dash of “boat” smell) It is simply divine!

I’ll be giving you more tips and tricks and what to expect when you visit the beach in Dalmatia, in part 2! 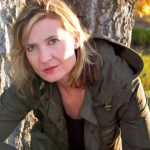 Julie Odler is an American writer, digital marketing consultant for T&W marketing, and a former acupuncturist living in the Split/Trogir and Belgrade. She loves Croatia and writes about her experiences in her own blog, The Balkan Nomad.